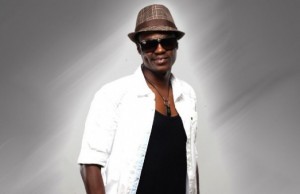 Olanrewaju Fasasi popularly known as Sound Sultan has disclosed plans for the release of his sixth album.

He disclosed this during an interview with NET where he confirmed that plans are in top gear for the release of his sixth album which he says is ready and will be due for release in October.

Sultan tells NET the album cover is ready and will be launched in commemoration of his 12 years on stage.

The new album, he says, will include a collaboration with Wyclef Jean who he said was in the country few months ago for the video shoot for the track.

He also reacted to the rumours that he is beginning to switch to party music unlike his usual conscious music.

‘Music is universal, it is a language and if I make you dance, it doesn’t mean I still can’t  send out messages across. You see, instrumentals are what make people move and the words are what make people think. I did Bush Meat and they played it in the club. When you listen to the lyrics, you know you will take home something, so regardless of the fact that you want people to dance to your song, you sure wanna make sense’, he said.

Sound Sultan, who is a UN Peace ambassador and Oxfam food ambassador is popular for his conscious lyrics and has released five albums since he began his music career in 1994.