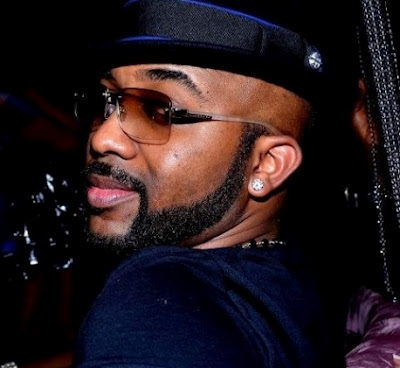 Present uprising in the entertainment world is that related to the EME show that was said to have held in the United States. Those who bought tickets for the EME shows in the United States are alleging fraud, and Banky W, as the boss of the group has been placed in the center of the whole noise.
Claim by fans have been that Banky W has been quiet as usual, on this case as they expect a refund of the money paid for the tickets bought for the show.

Many have also expressed disappointment over the sudden cancellation of Wizkid’s concert that was set to hold on August 17 in Oakland California alongside his tour of North America. It was gathered that the fans are saying Banky W should stop organising shows if he doesn’t have what it takes to make them succeed.

As a result of these dissatisfactions, some have called for the arrest and prosecution of the singer, insisting he should be made to pay compensation and make total refund of their money for the purchase of tickets for the cancelled shows.

Banky W, it was gathered, also cancelled his show in July 2011. Efforts by some fans, who had earlier bought ticket for the show, to get refund of their money or get the show rescheduled as promised by EME has been unsuccessful…. Reason for the cancellation, according to reports then was that Wizkid and Skales were denied US visas.

Banky W was said to have offered series of apologies in the past, including a promise to make 100% refund to those who bought tickets but sources say the fans have not seen their monies.

A source said there have been calls from the promoters to Banky W but he has refused to respond.