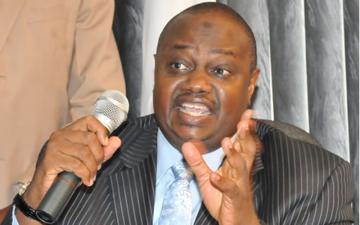 Less the two weeks after the Economic and Financial Crimes Commission (EFCC) dragged suspected fuel subsidy thieves to court following the outcome of various committees that were set up to investigate the matter, the Commission has withdrawn charges of alleged fraud in the fuel subsidy payments against some of the defendants.

The concerned defendants are Durosola Omogbenigun and Peter Mba along with their respective firms. Counsel for the EFCC, Mr. Oyedepo Rotimi, told a Lagos High Court in Igbosere on Tuesday that the charge tagged, ID/122C/2012, was mistakenly instituted against Omogbenigun and his company, Integrated Resources Limited; just like Mba and his company, Pinnacle Oil and Gas firm.

The four had been charged with four counts of conspiracy to obtain and obtaining property by false pretences; the charge alleged that they conspired on different occasions to fraudulently collect over N2bn from the Federal Government under the Petroleum Support Fund, purporting the money to be payments for importing certain litres of petrol). However, Rotimi said he was instructed by the Attorney-General of the Federation and Minister of Justice, Mohammed Adoke, to withdraw the case.

He said the EFCC found out after a review that the suspects did not commit the offence for which they were to be arraigned. Rotimi said, “We have information (charge) dated July, 20 2012 before this court. I have the instruction of the Attorney-General to withdraw the information… The information has not been served on the defence. I urge the court to strike out the charge.”

Presiding judge, Justice Samuel Candide-Johnson, thereby struck out the charge following an application by the EFCC.