The truth about this marriage is that it was ordained by a pastor in Zaire in the Republic of Congo, who quoted from the same Bible we all use, and declared these ones man and wives.

The questions behind such an event seem to be numerous as many Nigerians seem to be confused on why such an occurrence should exist in a church.

The more complicated confusion is borne out of the fact that this kind of marriage looks and sounds like another strain of polygamy in its own realm.

If it was a competition, or better still the Olympics, this man has definitely made name, but our own Fela Anikulapo Kuti would still be revered as a record keeper. 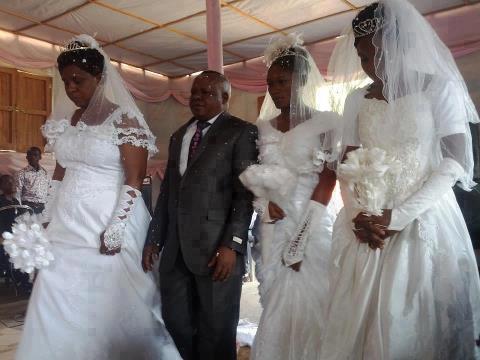