Maybach Music Group head honcho William Leonard Roberts II aka Rick Ross, covers the latest issue of Rolling Stone magazine and speaks on his past from the seizures he suffered last year as well as his past occupation as a correctional officer; who would’ve thought that?

Rick Ross on his past life as a corrections officer – an opportunity, he says, to “wash my hands” after his best friend was sentenced to 10 years for trafficking cocaine and heroin: 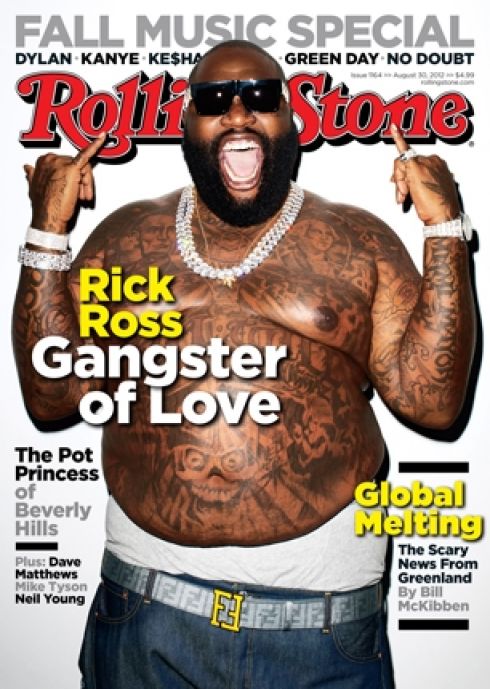 “This was my best friend, who I ate peanut-butter-and-jelly sandwiches with, and pork and beans with, my buddy, my partner, my number-one dude. Suddenly I’m talking to him over federal phone calls. Hearing the way it was building, I knew I couldn’t take nothing for granted,” says Ross. “My homey’s father was a huge influence on my life, too . . . He was the one who was like, ‘Yo, go get a job somewhere, man. Go be a fireman. Or go be a fucking corrections officer. Just go sit down somewhere.”

Rick Ross whose most recent album “God Forgives, I Don’t” charted at No. 8 on the UK Albums Chart and No. 2 on the UK R&B Albums, is Ross’s highest charting album and first top 10 album in the United Kingdom. The album also debuted at No. 1 on the Billboard 200, selling 218,000 copies first week.