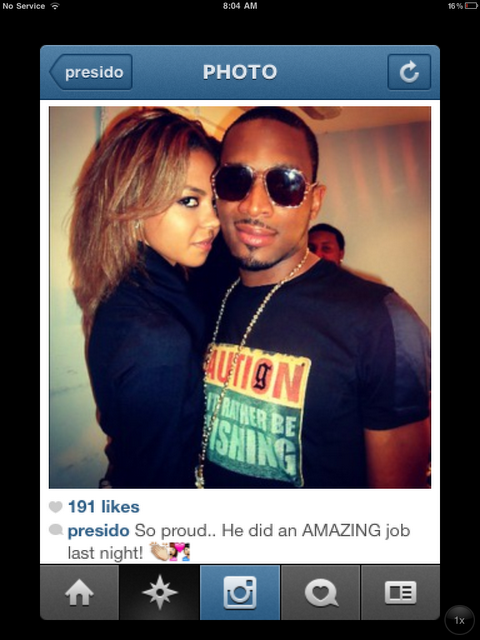 Just exactly what you are thinking is what i am thinking right here. This is better reported exactly the way Maestromedia reported it.
We got this scoop that something sizzling might be on going between Nigeria’s Mr Entertainer , who is also one of Africa’s biggest Music Star’s- THE ONE,THE ONLY-D Banj and one of the gloriously gorgeous daughters of Maiduguri based Multi-Millionaire, Alhaji Mohammed Indimi, who is also General Ibrahim Badamasi Babangida’s in-law. So hot is the supposed relationship between Dapo and Adama that some are speculating it might become something more serious.
The main reason many believe something hot and sweet might be going on is related to the tweets between the 2 friends. Adama Indimi who would pass for a beauty queen anyday, is one of the very many daughters of Alhaji Indimi and she is a student at Lynn University, a private co-educational institution in Boca Raton, Florida, USA founded in 1962. Adama and another sister are currently studying in the school, while 3 of her elder sisters have already graduated from the same school.
Back to the gist itself that something might be going on started with this tweet from D’banj kokomaster @iamdbanj on August 13, 2012 – On my way to club icon w/@NaetoC and the crew! 2nyt we drinking 2 celebrate my baby @Presido_Adama happy birthday love!
Looking at it, it could be that Adama is one of his biggest fans. Also as a superstar he would have loads of female friends/fans that he might be calling love. D banj is one star that has being linked with a few other stars- Genevieve Nnaji, Nadia Buari and others, so what’s so fantastic about this one then.
Leading up to D’banj’s massive London concert on Bank Holiday Monday, August 27, 2012, Adama again tweeted ”Excited”. Another innocent expression, we think, then that was followed on the day after the concert by another tweet ”You make me do happy” This was followed by pictures of first herself and his dancers backstage, followed by a picture of the supposed love-birds together looking very sweet together. Mind you all Adama flew in to London from either her base in the US or from Nigeria for the concert.
On August 29, 2012 she posted this – Happy love, happy laugh, happy soul! And afterwards ”You make me do happy! Twas also on that day, that she posted this – When mumsi said ”I like your new Hannah Montana remix” and followed it with a picture on instagram. So this allows us to ask the Million dollars question- Is D’banj finally hooked? If so when would it be official? 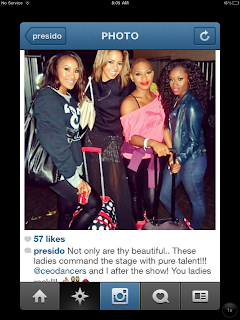 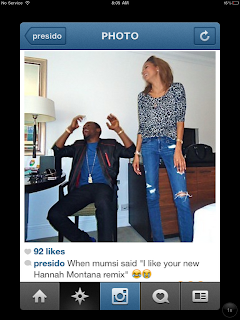 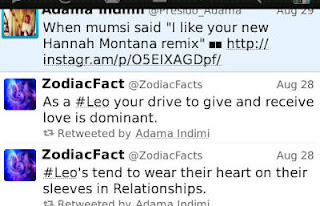