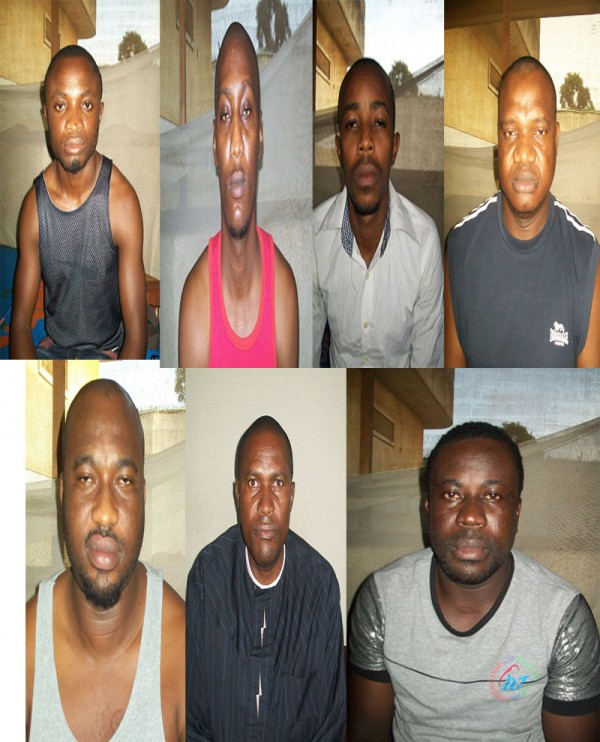 As the citizens of the country are gearing up for this year’s Sallah celebrations, some eight Nigerians will most certainly not be joining in the celebrations. These Nigerians were apprehended by operatives of the National Drug Law Enforcement Agency (NDLEA) on Thursday for allegedly smuggling about 10.635 kilogrammes of narcotics at the Murtala Muhammed International Airport, (MMIA)Lagos.

Amongst the drug suspects apprehended was one Mr. Tembo Gideon ,aka Benson Okechukwu, who was travelling to Thailand with about 2.522kilogrammes of methamphetamine tactically hidden inside local fabrics called Aso-Oke.

Meanwhile, chairman of the NDLEA, Ahmadu Giade in his Sallah message urged members of the public to desist from smuggling drugs and criminal acts capable of truncating their God ordained destinies: “It is sad that these suspected drug traffickers are behind bars when they ought to be with their families this festive season. Drug trafficking and other criminal acts will only lead to misery, shame and unfulfilled dreams.”