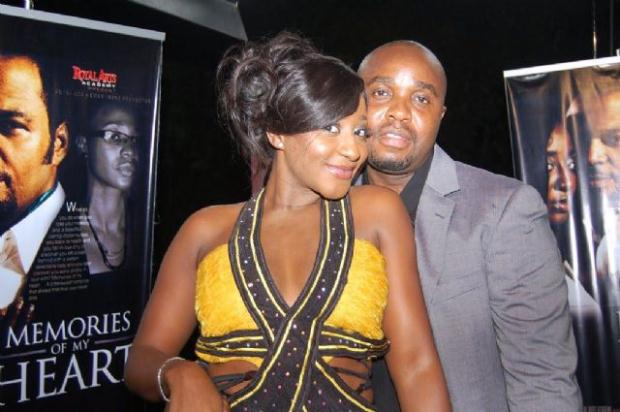 A source who claimed to be close to Ini Edo told Nigeriafilms.com crisis is looming in the Nollywood actress’ marriage. It has always been believed that her US-based husband, Philip Ehiagwina has been living on the actress, and this seem to be the root of an alleged feud that is threatening the four-year old marriage.

According to the source, Philip allegedly called to the attention of his wife that his family members are complaining about news they hear about her, but Ini reportedly asked to be left alone. She even reportedly advised Philip to walk out of the marriage if he is tired of her and the news his people are hearing about her.

From all indications, the marriage may be hitting the rocks as Philip is reportedly angry about the whole situation and expects an apology from Ini, which might not be forthcoming according to our source as Ini’s defiant behaviour of late suggests.

Come on Ini, remember Philip dumped his ex-wife so he could marry you.