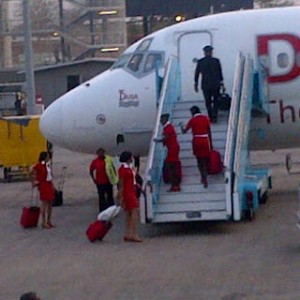 The embattled Dana Airlines, it has been gathered, are making moves to renew their fleet as they resume operations soon. The airline also assured Nigerians of safety, saying foreign auditors and Nigeria Civil Aviation Authority, NCAA, had subjected its existing aircraft to serious airworthiness scrutiny, preparatory to start of operations.

Dropping the hint, Head of Commercial of Dana Airlines, Mr. Obi Mbanuzuo, who led a delegation of the airline on a courtesy visit to Vanguard, said the measure was to further boost public confidence in the airline, especially against the backdrop of public hysteria for old aircraft.

According to him, “Our airplanes have been flying under the inspection of the Nigeria Civil Aviation Authority, NCAA, to check that everything is operationally ready and the aircraft are air worthy… We also have a lot of auditing by NCAA to look at our airplane. We also got foreign auditors involved to come and audit our airplanes, just to instill confidence.

“Very soon, our Air Operators Certificate, AOC, would be received, which will enable Dana Airlines commence operation… We are also looking at renewing our fleet with more modern and newer aircraft for operational reasons and not because our current fleet of aircraft are not safe for operations.”

Meanwhile, Nigerians are keen to know the definitions of “renewing” and “newer” as used by the Dana spokesperson.