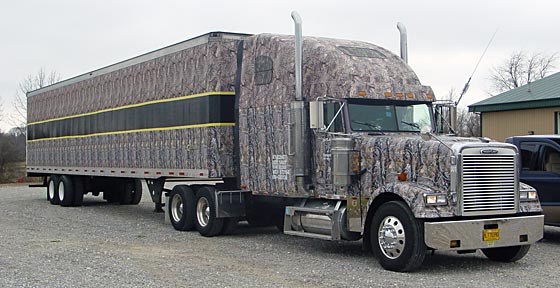 When Dangote group advertisement for graduate drivers was released, tongues wagged and a lot of youth cursed the Nigerian business mogul for wishing driving on them with their hard-earned degrees. It is however surprising how higher degree and first degree holders applied en mass for the job.

A massive 13,000 applications were received by the Dangote Group for the Graduate Executive Truck Driver positions; there were six Ph.D, 704 Masters, and over 8,460 Bachelor degree holders.

Chairman of Dangote Group, Aliko Dangote, while speaking at the mentorship meeting of the World Bank Youth Forum said that the company only needed 100 drivers, but received the overwhelming applications.

According to him, most of the applicants were from reputable universities and had the needed quality.

“All these things are verifiable, and they all graduated from reputable institutions which is satisfactory; and our plan is to eventually make them self-dependent.

“Despite the fact that the drivers get trip allowances on each trip along with their salaries, the arrangement is that they will own the trucks at no interests or repayments after they must have reached 300,000 kilometres, which is about 140 trips from Lagos to Kano and a hard working driver can complete in two years, while lazy ones can take maximum of four years,” Dangote said.

Analysts believe that the three tiers of government have not done enough to create employment or create enabling environment for the organised private sector to employ more Nigerians.

In a growing economy, it is rather shocking that Ph.D and Masters Degree holders are seeking placement as drivers.

Martin Onyilokwu of Media Development Initiative believes that the revelation is a wake-up call for government to go beyond rhetoric and start the implementation of credible programmes to improve the living condition of Nigerians as a lot of Nigerians believe the government has done next to nothing in tackling unemployment in the country.

“It is no longer enough to claim that the economy is growing by this or that per cent. The truth of the matter is that Nigeria is not witnessing appreciable development. We have a situation where the living standard of the people is at an all-time low as exemplified by insecurity, poverty, unemployment, massive corruption, executive and legislative recklessness. There is a need for government to wake up to its responsibility,” Onyilokwu said.

It would be recalled that in the course of last week, thousands of young graduates staged protests at the Ministry of Interior in Abuja when officials denied them access to submit application forms. The ministry has since claimed that no employment was on-going.

The problem keeps getting deep-rooted as there are calls for Nigerians to try self-dependence as the government cannot employ everybody.