Something is happening in Ekiti State that needs to be told. And I will, since I bear witness to it. 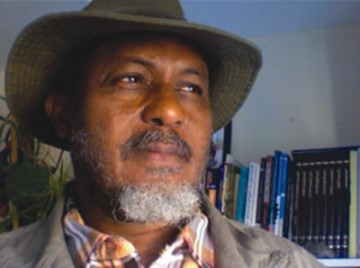 Quite a few folks, including my good friend and brother Femi Orebe and Sam Omatseye, both columnists in The Nation newspaper, have written volubly, extolling the “quiet revolution” going on in Ekiti State. It is difficult reading some of the stuff written by them and not think, ‘there’s some exaggeration afoot.’ I needed to be there to see with my own eyes.

I finally wrestled the demon of procrastination and made it to Ado-Ekiti last week, my first time there since Dr. KayodeFayemi became the governor two years ago.

Ekiti had really never been a favourite destination for me. Tucked within the heartland of the old West, it seemed its only distinguishing tourist feature was some “miracle of nature” somewhere in the denseness of the Ekiti forests at a village called Ikogosi, where cold and warm water springs out side by side from the ground into a running stream; and her only claim to fame was that old high school of excellence — Christ School, Ado-Ekiti — along with Ekiti’s renown as the land where every household has a PhD holder!

But, over the years, even those little graces had wilted and become virtually the stuff of distant memories. Ekiti land, with all its vaunted brains, had proved not immune to the malaise of a country gone to the dogs: although nature had remained faithful with its ‘miracle’ warm spring at Ikogosi, the forest had reclaimed its own and it would’ve taken a dare to venture there in a hurry (the way it was fun for me to do some 30 years or so ago). Christ School had become a sham, with neither ‘Christ’ nor ‘school’ in place. Gloom was evident all over the land, the roads were impassable, and even Ado-Ekiti had become no more than a glorified village!

In the few times I had strained to be in Ekiti in the last 10 years — essentially for one ceremony or the other of friends like the late Rufus Orisayomi and Akin Osuntokun — the experiences had been some ordeal.

But there was no mocking of Ekiti, the fate that befell her had befallen virtually the entire old West. Successive governments had been preoccupied with the glamour and self-opportunities of office. Lacking in depth, vision and commitment, governance was essentially cosmetic and nothing beyond how to share the monthly dole from Abuja between individual pockets and token gestures of attention to desolate infrastructure within a governor’s very limited horizon. Everything was about politics — politics of the stomach and of longevity in office.

I was in Ado-Ekiti last week at the instance of Governor Fayemi who rightly felt this old man has been unfair in not visiting Ekiti since he became governor, even when we shared some common history in the struggle against Gen. Sani Abacha and for the enthronement of democracy. Of course, Fayemi’s antecedent and role far outstripped mine in those years — be it as the brain-box of Radio Kudirat or as intellectual strategist for many global institutions and governments, having himself acquired a doctorate in War Studies from the prestigious King’s College, University of London.

Accompanied by my barrister son, Kunle, and my friend from way back in England, Taiwo Adedoyin, I was provided with a vehicle and guides (led by the Chief Press Secretary to the Governor, ex-PUNCHer Yinka Oyebode) to tour the state and go as I pleased.

For hours and hours, we drove with our mouths drooping in amazement at what we saw. The renewal of the urbanity of Ado-Ekiti as the state capital was clearly evident: arterial roads that had been half-heartedly begun by preceding governments have been widened and dualised, with streetlights installed all along the median. As old roads are being reconstructed and retarred to high standards, new ones are surfacing everywhere; city centre is buzzing with new energy — buildings wear new look, shops and petty businesses are all over; new impressive structures are springing up; an arcade here, a centre there.

But the development was not limited to the state capital. As we drove for miles and miles, we were stunned to find dualised roads running for long stretches and high-grade roads interconnecting most towns and villages. I learnt other governors wonder how Fayemi has been able to have so many roads done in just two years!

Our eyes connected with schools beckoning with renovated or new buildings wearing bright new looks and we are told about 100 schools have already benefited in the first phase and the exercise would continue until all public schools have been restored to their old glory.

However, even all would be nothing were they limited to these externalities. Truly concerned about the rottenness of the education standard, Fayemi has embarked on a holistic restructuring and restitution of education in the state: re-equipping the schools with appropriate furniture and sporting equipment, and starting the teachers on a whole range of training and retraining after the discovery that a scandalous less than 10 per cent of teachers in the state primary schools could pass a primary four exam!

At secondary school level, Fayemi has done something unprecedented, perhaps in the entire country. He has provided customised and solar-powered laptops to about 30,000 pupils and 18,000 teachers. The stunning achievement has encouraged the manufacturers of the computers — Samsung — to set up a computer engineering centre in Ado-Ekiti that would be a manpower training and development centre and assembly workshop for their computers! The buildings’ foundations have been laid and work is going on apace.

It is difficult, nay impossible, to write all there is to write about what Fayemi has done or is geared to doing in Ekiti State in just a thousand-word column. And yet, it is important to let the world know about every aspect of this amazingly resourceful and talented (genius, I’d say) governor’s programme in their uniqueness and developmental pace.

His style of government is similar to that of Fashola of Lagos State in intellectualism, seriousness and time management, shorn of frivolities and giving no room to entertaining jesters and debilitating stream of unhelpful visitors. And similar to that of Osun’s Aregbesola and Edo’s Oshiomhole in pace and vision.

Fayemi pioneered a Social Security Programme for the aged, paying a monthly stipend of N5,000 to all registered elderly people and provides free medical services for children, pregnant women and the aged.

His investment programme spans agriculture and industry. The moribund Ire Bricks Factory and Odua Enterprise Centre have been resuscitated. More spectacularly, he is developing a ‘tourism corridor’ around the Ikogosi Warm Spring, which is already redeveloped with villa chalets and an amphitheatre, outsourced to a top South African tourism company, to include vast stretches of game reserve, Disneyland type of amusement complexes, etc.

To be honest, I do not know and cannot even imagine how this guy does it. He says he has managed to raise the state’s IGR from a paltry N109m to N600m monthly, mainly by blocking existing loopholes in the tax collection and management systems.

Above all, I think what stands Fayemi in good stead are his frugality, integrity, intellectual base, and his vast international connections and credibility, all of which have been deployed in the race to making Ekiti a positive example in Nigeria, nay Africa.

If I sound like I’ve been paid to be Fayemi’s megaphone, I apologise; but I challenge the reader to go there and come out sounding different!