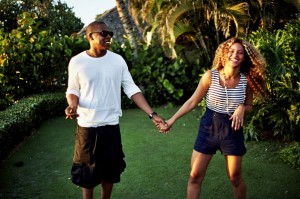 Who says celebrity marriages don’t last, or they are never really happy?

They’ve got love and money; the two things some think one can’t have together. Jay-Z and Beyonce have found the best of both. VIBE thinks they are TV’s Highest Paid Couple of 2012.

“Brad and Angelina, Jay-Z and Beyonce, Will and Jada, Tom and Giselle and David and Victoria all make the list, but it’s Jay and Bey who dethrone last year’s No. 1 down to No. 2 in 2012. That’s where being crazy in love will get ya, folks,” VIBE reports.

2012 has turned out a wonderful year for the Carters. Jay-Z came second on Forbes Wealthiest rappers of 2012, and now VIBE thinks the couple made more money than the other TV couples in 2012. Anything for Blue-Ivy?