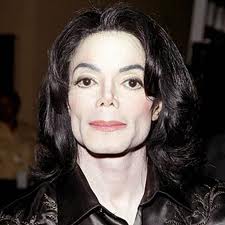 At $199,069, the Swarovski-crystal-encrusted glove earned the record for the highest price fetched for memorabilia from the late King of Pop, the Nate D. Sanders auction house said.

The autographs and memorabilia specialty seller said Jackson wore this black glove, a departure for the singer who had previously sported white ones, at the 1984 American Music Awards, when he was honored for “Thriller,” still the best-selling album of all time.

The megastar had originally given the glove to a terminally ill boy during a visit arranged by a charity organization. It was accompanied by a book with three Jackson autographs and an inscription that reads “My original glove, love, MJ.”

The auction house did not specify who the buyer was.

In 2010, a beaded white glove worn by Jackson sold for $192,000 in a Las Vegas auction on the first anniversary of the star’s death.

Jackson died in 2009 at age 50 from an overdose of the powerful anesthetic propofol as he was preparing for a series of comeback concerts.

Asked in 1999 by Barbara Walters why he wore only one glove, the mega-star replied simply, “cooler than two,” according to the auction house.

Also sold at the auction were one of the Jackson’s “Beat It” jackets, worn on the 1984 “Thriller” tour, which went for $84,422, and a drawing by French Impressionist Pierre-Auguste Renoir, which sold for $65,959, the auction house said.