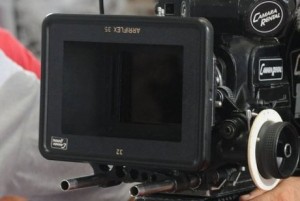 Qatar-based company Alnoor Holding has said it will raise the budget for a planned movie series on the life of Prophet Mohammed to $1 billion dollars from the $1.5 million announced three years ago.

The biopics will be produced as a series of “seven films — instead of three films as per an earlier announcement — with a total budget of $1 billion,” Alnoor chairman Ahmed Al-Hashemi said in a statement received by AFP on Wednesday.

The company said “the team of experts has finished writing the scenario after overcoming numerous artistic and dramatic challenges.”

Alnoor announced in 2009 that it was seeking financing for the film series, to be produced by Barrie Osborne, a Hollywood veteran of more than 40 years whose credits include Lord of the Rings and The Matrix.

Mohammed himself will not appear in the films, out of respect for Islamic traditions forbidding images of the Prophet.

Prominent Qatar-based Sunni cleric Sheikh Yusuf Qaradawi, head of the Association of Muslim Scholars, will lead research on the film and serve as technical consultant on the project.

The company said the film will be in English and will be translated into several different languages “to correct the wrong image Western societies have of Islam.”