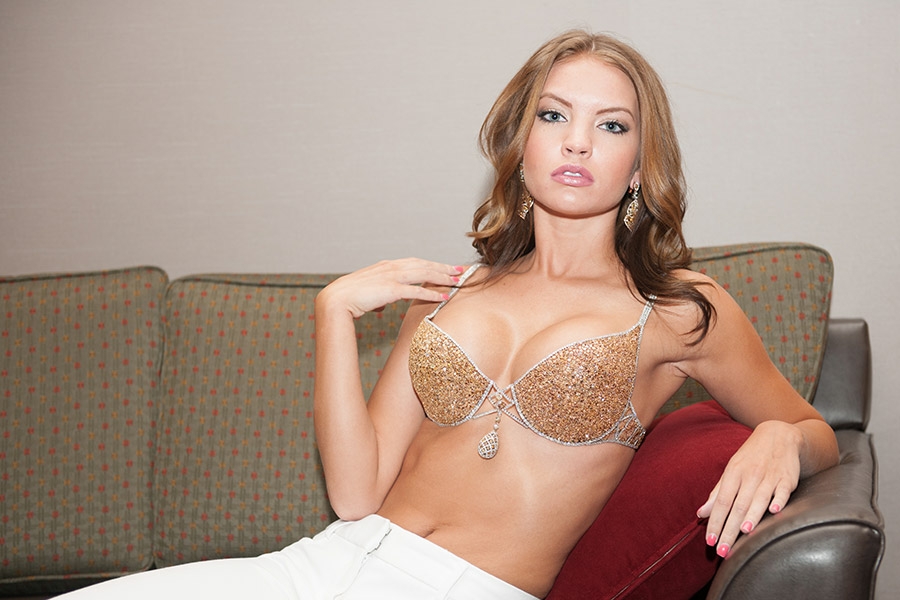 Do you have an extra $1 million? Go out and buy yourself a bra.

A Birmingham shop is selling a bra made of 18 carat gold with over 500 carats of diamonds for a whopping $1 million.

The diamond laced lingerie, sold in Birmingham Estate and Jewelry Buyers, was created by the store owner Anthony Aubry, who named the bra after his wife, Rita.

“If you have that amount of money then someone will say ‘Oh, I have a bra of $1 million,” or some people would put on display at their home or something, and some people,believe it or not, would actually want to use it,” Aubry told the news media.

According to Aubry, the bra took over three months to design and it took a group of workers almost a year to create.

Aubry said the main difference between his design and the famous Victoria Secret one million dollar “Fantasy” bra is that the masterpieces of that chain store have “material in them and the diamonds are embedded in the fabric.”

Aubrey’s bra however is solid gold.