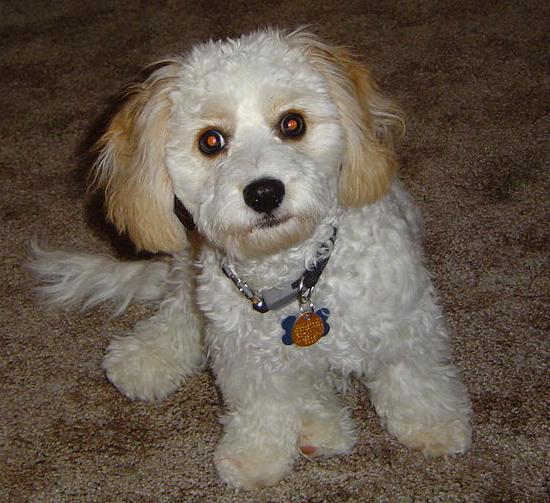 When people go on vacation they expect to return to their home and find it exactly the way they left it.

“It is horrifying to come home and find your dog dead in the oven,” a neighbor told the news media.

A northwest suburban family however returned from a two-day holiday, to find their house had been robbed and the dead body of their dog was in the oven.

“The family left home,” Arlington Heights police Sgt. Rick Kappelman said. The house, in the 1500 block of West Roanoke Drive, had been checked on by a neighbor, but when they returned home, they found they had been robbed, although ”there was no sign of forced entry,” said Kappelman. About $3,000 in jewelry was taken, “and at first the dog was believed to have been taken,” he said.

But the dog, a Cavachon called Coco, was found the next morning by a young girl in aconvection oven, Kappelman said.

Kappelman said police believe the incident is due to “a domestic relationship involving a former boyfriend.”
The former boyfriend, a man, 39 years old, from Lincolnshire, has been questioned, but released because “there is insufficient evidence at this time,” said Kappelman.

Kappelman said the homeowner has a restraining order against the ex-boyfriend, the result of a incident of harassment. The man was arrested  for allegedly violating the protective order by sending “several text messages, emails and phone calls” the woman, Kappelman said.
“He just did not leave her alone,” Kappelman said.

A neighbor who declined to be identified said she is a single mother of two daughters, ages 7 and 9, and lived in the house where the theft occurred. It was the 9 year old girl who discovered Coco the day after the family returned from a vacation from a lake.

“The girl found the dog in the microwave,” said the neighbor. “It’s terrible that someone does something like that to a poor defenseless animal.”

A medical examination revealed by examining the remains of the dog “that the oven was turned on with the dog inside,” said Kappelman. But he said he does not know if the dog was alive before it was placed in the oven.

Although there is an “ADT” sign up in front of the house, the neighbor said the alarm was deactivated to allow a neighbor to check on Coco, while the owners were gone.