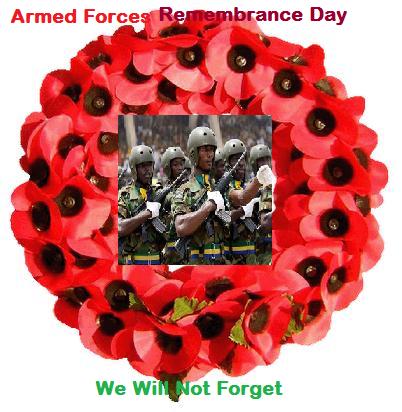 Oshinowo, who made the appeal during the Armed Forces Day celebration in Enugu, said that development would only thrive in a peaceful environment.

“Let us live in peace and let us desist from acts that can lead to conflict. The security of Nigeria rests on the government.

The Enugu State Chairman of the Nigerian Legion, Mr George Amalu, commended the public for participating in the celebrations.

He appealed for more support for the legion, especially the dependants of the fallen heroes.

informationng.com gathers that the event featured laying of wreath by acting Gov. Sunday Onyebuchi and Commissioner of Police, Musa Daura, among others.

It also featured parade by the military, 21 gun-salute for the departed heroes and release of pigeons to signify peace. (NAN)