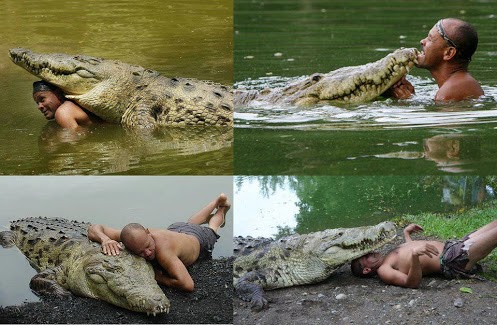 Deep in the Costa Rican jungle, a fisherman named Chito discovered a crocodile that had been shot in the eye by a cattle farmer and left to die.

Chito was able to drag the massive reptile into his boat and brought him to his home, where he stayed by his side for months, nursing him back to health. He named the crocodile Pocho. “I stayed by Pocho’s side while he was ill, sleeping next to him at night

He and Chito play, wrestle and hug on a daily basis. That bond, Chito said, took years to forge.