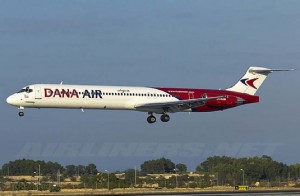 Members of the House of Representatives have insisted that its resolution on the crashed Dana aircraft at Iju-Ishaga, a Lagos suburb, on June 3, 2012 must be implemented fully. The Senate Committee on Aviation and its counterpart in the House had launched a probe into the ill-fated Dana flight on a scheduled trip from Abuja to Lagos, which killed over 160 passengers and crew members, and recommended, among others, the sack of the Director-General, the Nigerian Civil Aviation Authority (NCAA), Dr Harold Demuren, for “professional negligence and incompetence.”

Also, the probe report and recommendations adopted by the House last December demanded the revocation of Dana’s current Air Operating Certificate (AOC), saying it was not issued in compliance with NCAA’s Civil Regulations Guideline 2009. The action was sequel to a motion sponsored by Honourable Ossai Nicholas Ossai, entitled, “need to implement House resolutions on the report of investigation on the crash of Dana and Allied Aircrafts.”

According to Ossai, “upon the crash, the government had decisively grounded the Dana Air to ease investigation and other administrative actions… on 4 January, 2013, while the House was on Christmas break and its resolutions yet to be implemented, the Minister of Aviation vacated the grounding order by authorising Dana Air to return to operation in flagrant disregard of the resolution directing that ‘Dana current Airline Operator Certificate (AOC) should be revoked because it was not issued in compliance with the Nigerian Civil Aviation Authority (NCAA) Civil Regulation Guidelines 2009.”