A nine-month-old girl, Funke Alabi, who was allegedly stolen at Oke-Ola Oro, Kwara State by her mother’s friend, identified simply as Shade, has been rescued in Ibadan, Oyo State. 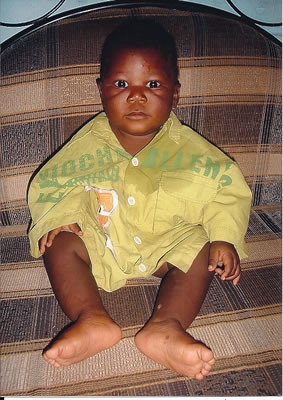 He stated that Shade had visited Funke’s mother, Muyiwa, on the guise

of a reunion as they met last about two years ago.

He explained that Muyiwa, who was happy to be reunited with her friend, went to the kitchen to prepare food for her.

The PPRO said, “When she (Muyiwa) came back from the kitchen, Shade later was nowhere to be found, while her nine-month-old baby was also missing.

“When Muyiwa did not see both Shade and Funke, she raised the alarm and later reported the matter at the Oro Divisional Police Office.”

Acting on an intelligence report, the police went to Oranmiyan Area of Ibadan and rescued the baby, Funke, who was in the custody of an old woman said to be a relative of the suspect.

The PPRO added the police was on the trail of the fleeing Shade.

He said the baby had been released to an elated Mayowa and some of her family members.

“We released the girl today (Wednesday) to the family members. They were very happy and appreciated the police,” Fabode said.