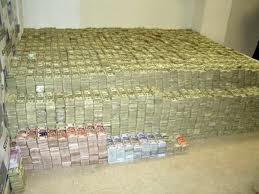 In a rather interesting development, the chairman of the Ondo State chapter of the National Union of Road Transport Workers (NURTW), Chief Oladutele Obayoriade has said that hoodlums vandalised the union’s secretariat in Akure and made away with the sum of N118m.

The NURTW boss told journalists in Akure that those arrested in connection with the theft, which took place on December 30, were not members of the NURTW in the state. The suspects, who were charged to court last Thursday, he alleged, had confessed that they were mobilised from neighbouring states by an executive member of the union in the state to carry out the act.

Obayoriade, who is popularly known as Die the matter, said the aim was to violently terminate his four-year-tenure which was put in place in 2011 through a democratic arrangement.

According to him, “On December 30, 2012 at about 1am, I was informed that about 60 men with guns, cutlasses and axes had invaded our secretariat in the Ijapo area of Akure… They were said to have scared residents of the estate with their indiscriminate shootings but one of them who had my number immediately called me in confidence that they were all brought in from neighbouring states.”