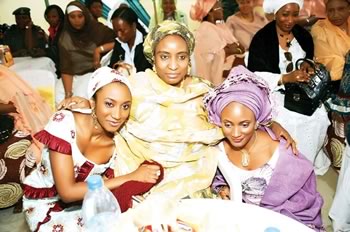 An official memo obtained by SaharaReporters, shows that the family of late President Umaru Yar’Adua, received nearly N1billion from the presidency in severance package. The slush funds were routed through the Katsina state government, the home state of the former president.

While it is yet unclear if any provision was made for Yar’Adua’s second wife, Hauwa Umar Radda, whom he divorced in 1997, shortly before he became the governor of Katsina state, about N150 million was paid to Mrs. Turai Yar’adua, as well as the late president’s aged mother, his married daughters, and sons.