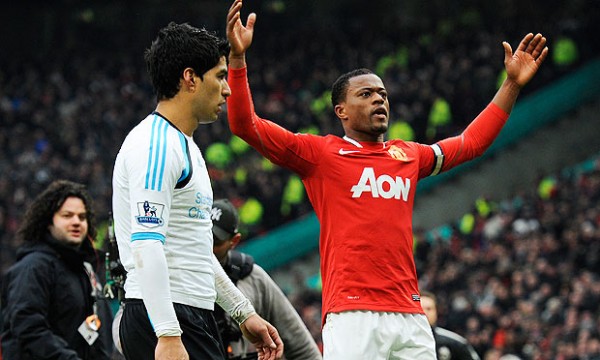 Manchester United, some few minutes ago, cemented their place at the top of the EPL with a 2-1 win over Liverpool and by so doing, extended their lead above rivals, Manchester City, to 10 points.

This is the second time this season that United will beat Brendan Rodgers’ boys by the same margin. Meanwhile, Roberto Mancini’s side play Arsenal later on in what could go on to be the decisive match in the race to the EPL title .

Manchester United were a goal up via the boots of Robin v.Persie in the 19th minute but it took the Red Devils the second half of the encounter to double that lead when Evra met a Robin v.Persie free-kick in the 54th minute and his low header deflected off Vidic and past Reina. Liverpool fought back and were rewarded 3 minutes later with a Daniel Sturridge rebound.