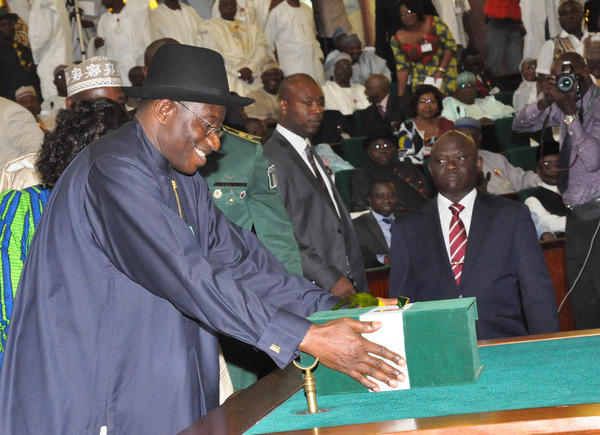 The Peoples Democratic Party has dismissed with a wave of the hand, the threat by opposition members in the House of Representatives to override President Goodluck Jonathan’s veto over the signing of the 2013 budget.

It would be recalled that no fewer than 160 opposition members in the House of Representatives on Thursday rose from a meeting behind closed doors, threatening to override the President over the budget.

But the ruling party said the lawmakers were merely playing to the gallery and that they did not have the muscle to set the agenda for the PDP-controlled National Assembly.

National Publicity Secretary of the PDP, Chief Olisa Metuh, in a statement in Abuja on Friday, said the President was taking his time to study the budget to ensure that the budget provisions were in the general interest of all Nigerians.

Metuh said, “Our attention has been drawn to reports in the media that a handful of opposition members from the House of Representatives had threatened to override the President on the budget.

“That is an empty boast. The PDP has the majority in the two chambers of the National Assembly.

“So, it is clear that the opposition members cannot set agenda for the National Assembly. They are merely playing to the gallery instead of addressing issues.”

Metuh also added that the National Assembly was on the same page with the President, saying that it was unpatriotic for the opposition lawmakers to seek to overheat the system.