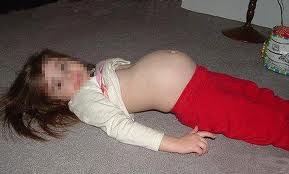 A girl became pregnant in Mexico at the age of just eight.

The girl, now nine and named only as Dafne, has just given birth to a baby boy in Jalisco state, Mexico.

The father of the baby is a boy of 17 – who the girl’s mother says is missing after running away.

Jorge Villasenor, with the state prosecutors’ office, said: “We are looking for the young man to get his story because she does not understand what has happened.

“This is a rape or child sex abuse case.”

The baby girl was born on January 27 in Zoquipan Hospital, weighing 5.7lbs.

Mother and daughter have been released and are doing well, but due to Daphne’s age the hospital said it would have to do extensive follow-up sessions.