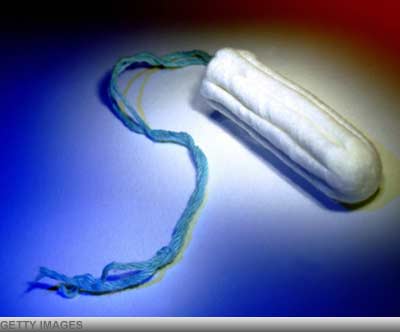 It’s no secret teenagers sometimes experiment with alcohol, even drugs, but new ways they’re finding to get drunk had jaws dropping in our newsroom.

“Quicker high, they think it’s going to last longer, it’s more intense,” said Dr. Dan Quan from Maricopa Medical Center. “This is not isolated to any school, any city, any financial area,” Officer Chris Thomas, a school resource officer, said. “This is everywhere.”

When we heard how kids are getting drunk these days, we thought no way. So we hit up the experts to find out if it’s an urban legend or if it’s legit.

“There’s been documented cases of people going to the hospital with alcohol poisoning just from utilizing it that way,” Thomas said. Thomas spends his days patrolling the halls of a Valley high school. He’s heard first hand how kids are getting tipsy.

“What we’re hearing about is teenagers utilizing tampons, soak them in vodka first before using them,” Thomas said. “It gets absorbed directly into the bloodstream. There’s no barrier, there’s no stomach acid to prevent it,” Thomas said. “I would expect it to absorb pretty quickly as well, because it’s a very vascular structure,” Quan told the newspaper. “This is definitely not just girls,” Thomas said. “Guys will also use it.”

But take it from this cop, it won’t work. It’s not just jail time that might be a problem, these new tricks are really risky and could cause some serious problems. “It can cause mucosal irritation,” Quan said. Plus, what if you over do it? Irritation could be the least of your problems. “Some of the dangers associated with this is there’s no barrier,” Thomas said.

There’s also no gag reflex, and if it isn’t going down the hatch you won’t have that tell tale sign you’ve had too much to drink, which means you won’t throw up if you’ve got alcohol poisoning, and you’ll pass out before you know there’s a problem. “It’s problematic because you don’t really know how much you’re going to absorb,” Quan said. It turns out that a super tampon can hold about a shot of vodka, which is pretty potent when it’s going straight into your system.

“If the person does pass out or lose consciousness, health care professionals won’t necessarily know that they have to look in those areas and that may delay treatment,” Quan said.

Another myth is that kids apparently think getting drunk that way means they would pass a breathalyzer test because they didn’t drink the booze, but that’s not true. The test checks out what’s in your blood stream, not what’s on your breath.