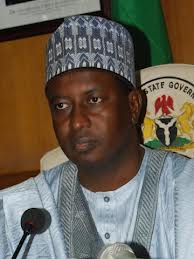 Contrary to widespread reports that Governor Mukhtar Ramalan Yero of Kaduna State withdrew the 2013 budget as presented to the Kaduna State House of Assembly by the late governor of the state, Mr. Patrick Ibrahim Yakowa and replaced it with his own, the governor on Friday, denied such media reports as untrue.
It would be recalled that the late Yakowa presented the 2013 budget of the state of over N176 billion to the state Assembly two days before his death in an helicopter crash on December 15th 2012.
Last week, a group went to the state Assembly protesting that the budget presented by the late Yakowa was lopsided. Days after the protest, there was speculation that Governor Yero withdrew it.
Speaking when the leadership of the state Assembly returned the budget to him for assent, Yero said the passage of the budget is an indication that it was not replaced.
“The report that I withdrew the budget and replaced it with another is not true. Had it been I did that, the legislators wouldn’t have passed it,” he said.
While stating that the budget will be implemented based on availability of funds, Yero stressed that he would carefully study the budget passed by the Assembly, before signing it.
AdvertisementABUJA DOCTOR REVEAL THE UNIQUE WAY TO PERMANENTLY CURE WEAK ERECTION, SMALL AND SHAMEFUL MANHOOD AND INFERTILITY ISSUES WITHOUT SIDE-EFFECTS WITHIN SHORT PERIOD!! DON'T BE A VICTIM!! Click Here for More Details