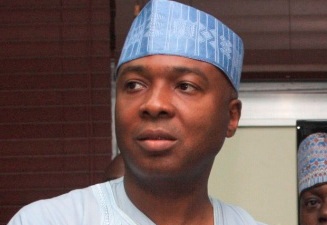 Senator Bukola Saraki, yesterday, said that if President Goodluck Jonathan cannot sign the 2013 budget as passed by the National Assembly into law, he should return it to the lawmakers.

The former Kwara state governor said Nigerians who were eager to have the budget signed and implemented,were running out of time.

It would be recalled that President Jonathan had up to yesterday, February 14, to sign the budget into law or have the National Assembly veto his power over a Bill that has been passed for presidential assent.

Yesterday made it 30 days since the bill was returned to the Executive for assent – the number of days required by law for a veto if the President refuses to give assent to a bill sent to him for assent.

Fielding questions from jounalists in Abuja, Senator Saraki said: “Time is running out for the budget to be signed into law; otherwise, the gains for passing the Budget would be lost. I don’t want to speculate on issues with the budget. There is now urgency for the presidency to sign the budget into law or return it to the National Assembly for further necessary legislative action.”