In those days, people believed Disc Jockeying was for drop-outs and people without ambitions, and hardly would you see a family in support of a DJ son not to talk of female. Today we have both sexes as DJs and it has become one of the most lucrative jobs in the entertainment industry.

Derin Philips popularly known as DJ Caise has paid his dues and has worked his way up the ladder in the entertainment industry in Africa. Now, Caise is the Disc Jockey of Chocolate City, Beat FM and Channel O; he couldn’t have asked for more, as he says he’s proud of what he has achieved.

“I am living the life of my dreams. Chocolate City is one of the biggest labels in Africa at the moment. For Beat FM, I’m in the zone every Friday night and my people love me. Channel O also gets me in touch with a wider African audience. I’m blessed, and I’m grateful for the love,” DJ Caise said. 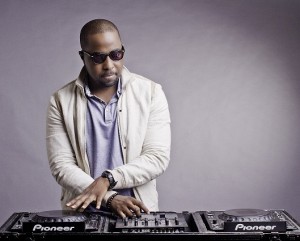 The money doesn’t just roll in; the work of a DJ is very tasking. Caise says a DJ must understand how his body works so as not to break down under the stress of the job.

“As a DJ, you have to make a conscious effort to understand your body and work well with it. When on the job, you learn how to pace yourself and rest later. We are all human! I’m healthy, the job hasn’t affected my health,” Caise explains, adding that time is always an issue, but “If you wait for time, it will never get to you. You have to seize the time to have a shot at greatness. Time for myself is my work, I’m at it every day”.

He’s so successful, but no girl is enjoying his success, not yet at least; he’s single. The handsome DJ dealt ladies a big blow by saying he’s focusing on his work for now, and so he’s not searching.

As much as his work as DJ pays his bills well enough, he’s not stopping there; he’s breaking new grounds.

“DJ in Nigeria is enjoying a sudden boom. Things could be better but I have no reason to complain. I’m working on so many things now. I just released three mixtapes; Afrobeat, Sounds of Ghana and sounds of South Africa. I’m also working on my album at the moment. Aside that, watch out for big collaborations from March and the video for MI’s Number 1 featuring Waje. I am also one of the primary actors in “The Island” a new TV series,” DJ Caise said.