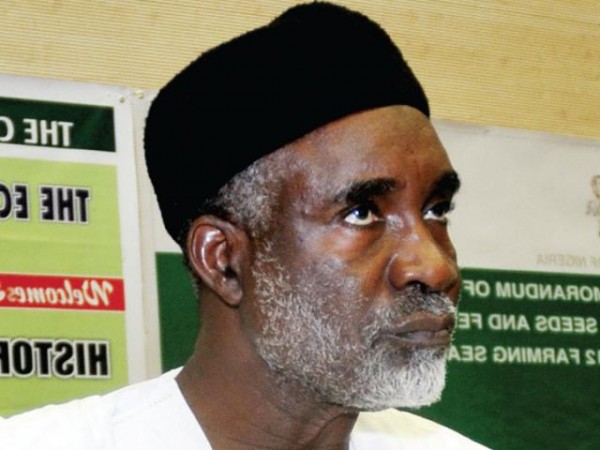 Adamawa State Governor, Murtala Nyako has been sacked by the Appeal Court sitting in Yola, the state’s capital.

The court ruled that the shadow elections of the Peoples Democratic Party (PDP) that threw up Nyako as the party’s flag bearer in 2012 was fraught with a breach of the constitution, Electoral Act 2010 as amended, and the provisions of the PDP Constitution.

The court therefore ruled that Governor Murtala Nyako was not duly nominated as stipulated by the provisions of the Electoral Act, the PDP Constitution and the Constitution of the Federal Republic of Nigeria.

Justice Ignatius Igwe who read the lead judgment, ruled that the primary election that produced Admiral Nyako (rtd) was an invalid exercise which lacks legal ingredients. The judge further accused the PDP, which was joined as a defendant in the suit, of criminal discrimination against Dr. Umar Ardo.

Though the primaries were declared invalid by the court, the judge noted that the court was constrained by Section 31 sub-Section (1) of the Electoral Act 2010, as amended, to order for a fresh primary election. Justice Igwe pointed out that the evidence before the court proved that the fundamental human rights of Dr. Umar Ardo, who showed interest to participate in the primary election, were trampled upon by denying his supporters nomination forms to participate as delegates.

While ruling that Ardo lacked the constitutional powers to challenge the outcome of the election, Justice Igwe stated that he failed to prove to the court that he participated in the primary election in which Nyako was declared winner.

On his part, Dr. Ardo vowed to approach the Supreme Court as he said the ruling was not based on law, but on language technicality adding that he won four out of the five prayers he sought at the appellate court.
“One of the exhibits my counsel tendered before the court was my election result, which shows that I was scored zero. The result was signed by the chairman of the primary election, so, how can the court say that I was not part of the primary election?” Ardo queried.

Information Nigeria recalls this is the second time in about thirteen months that Nyako would be sacked from office by a court of law.