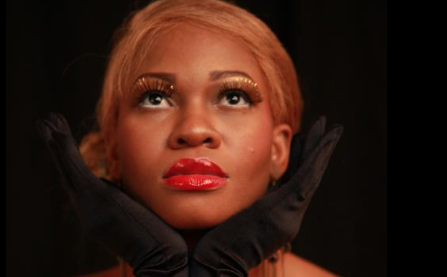 When budding Hip-Hop artiste, Late Goldie Harvey, left United States for Nigeria earlier in the week little did she know that that will be her last international trip on earth.

According to eyewitness account, Goldie arrived Lagos on Thursday afternoon and headed for her Park View residence in Ikoyi area of Lagos. On her wayhome, she called her BFF Denrele Edun, whom she was filming a reality TV show with, to meet up with her at her flat.

On getting there, Denrele was said to have noticed that she was not looking or acting fine, but they all thought it might have been as a result of the long-mile trip to Los Angeles that may be taking toll on her.

She was said to have complained of headache, dizziness, and general body weakness. At this point Denrele insisted that she dresses up for a visit to the hospital.

She was said to have slumped while dressing up and all efforts to revive the 31-year old entertainer proved abortive. She was rushed to Reddington Hospital on Victoria Island and she was certified dead by the doctors on duty as all CPR measures conducted on her were of no effect.

According to the Hospital’s information unit, the artiste was “Brought In Dead” around 7.15pm, and cause of her death cannot be ascertained until an autopsy is carried out.

Still in shock, Denrele was said to have wept uncontrollably at the hospital when the sad news was broken to him that Goldie could not be revived. Goldie’s remains have been deposited at the Lagos University Teaching Hospital (LUTH) morgue while they await confirmation from her immediate family whether to conduct an autopsy on her corpse.

But at the moment, her family, friends, fans and the whole Nigerian entertainment industry is still in a deep shock as to what could have killed such a talented star at the onset of a glorious career. May her soul rest in peace.