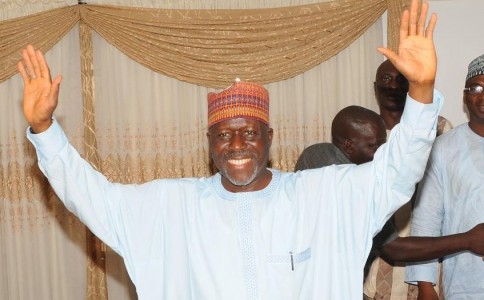 The Kogi state governor, Capt. Idris Wada says with his rapid recovery, he has dedicated his life to the service of the state so as to bring the needed development.
Wada stated this yesterday while in an address to the people of the state at the government house upon returning from Abuja where he has been recuperating from the injury he sustained in a ghastly auto crash last year.
The governor also attended to state matters in his office after addressing the people.
According to Wada’s Special adviser on Media and Strategy, Jacob Edi, the governor has had a meeting with the speaker of the state house of assembly and the secretary to the government.
“As I am talking to you now, the governor is meeting with his deputy and he will continue to take briefing from the exco in the next 24 hours,” he said.