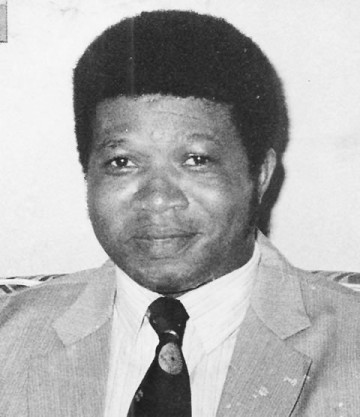 When Solomon Komolafe, a pastor with the Redeemed Christian Church of God,Winners Assembly, Ibadan, Oyo State, set out for church on February 4, 2013, he was hale and hearty.

But the church was thrown into chaos when Komolafe slumped after leading the congregation in a prayer session and died right on the altar.

Komolafe died nine months after one of his daughters lost her life to an auto crash in May 2012.

One of the children of the deceased, Funsho, told PUNCH Metro that Komolafe’s death was shocking and unbelievable.

He said with his father’s death, it had become double calamity for the family.

Funsho, who responded to our correspondent’s questions via electronic mail, said the 69-year-old pastor did not have any terminal ailment.

He stressed that he and other members of the family had yet to come to terms with the sad incident.

He said, “My father, Pastor Komolafe, popularly known as Jack Solo, slumped right on the altar.

“The incident was immediately after he led the congregation in a prayer session. He slumped and died on the spot.”

Funsho said the night preceding his father’s demise, he (Komolafe) had spoken at length with his daughter, Seyi, in the United States.

He added, “Komolafe did not have last moments since he died unexpectedly. But the night before his death, he had a long telephone conversation with Seyi, his son-in-law and grand children in the US.

“He also spoke with Biodun, his son in Lagos and they discussed at length about the Super Eagles”

Funsho said his father was a product of the Obafemi Awolowo University, Ife, with a degree in English and Philosophy as well as Post-Graduate Diploma in Advertising and Office Management.

He said Komolafe, an indigene of Ikere Ekiti, Ekiti State, was survived by his wife, Adewunmi and three children: Oluwafunsho, Abiodun and Oluwaseyi.

He said Komolafe will be buried in Ibadan on March 8.