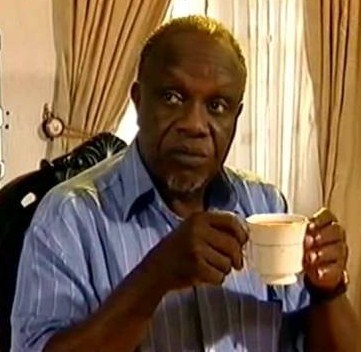 President Goodluck Jonathan has commiserated with Nigerians over the demise of veteran Nollywood actor, Justus Esiri who died on Tuesday.

In a statement made available by his Special Adviser on Media & Publicity, Dr. Reuben Abati, the President described the late actor as “an epitome of commitment, excellence and creativity.”

The statement further states that “President Jonathan reiterates his belief that Nollywood actors have carved a positive image for Nigeria in the eyes of the international community, with the late Esiri, a Member of the Order of the Niger (MON), having contributed in no small measure to the creation and sustenance of that image.

“President Jonathan believes that the Nigerian movie industry and the country as a whole will greatly miss the popular actor who came to national limelight with his acclaimed performance in the popular television series, Village Headmaster, and other movies.

“The President extends sincere commiserations to the Esiri family, the government and people of Delta State and all fans of the revered actor.

“President Jonathan also condoles the Nollywood Family on the passage of a notable member, mentor, pioneer and inspiring actor, and enjoins the younger members to keep Justus Esiri’s legacy alive by promoting higher standards in their movies.

“He prays God Almighty will grant the soul of the departed actor peaceful repose.”