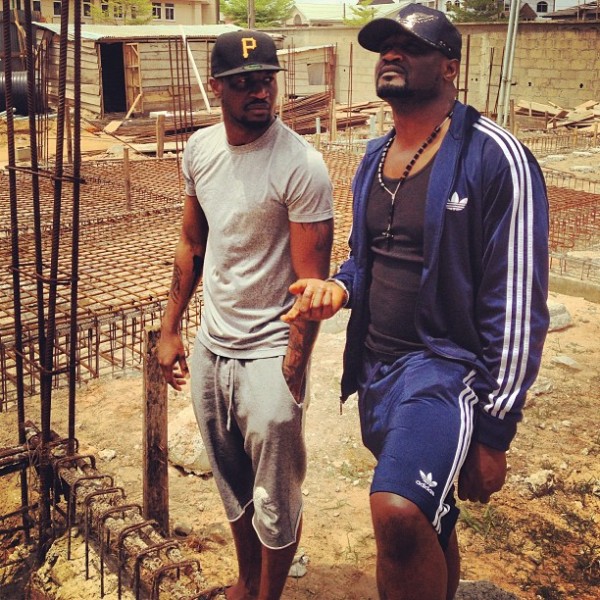 The Okoye brothers comprising Peter and Paul (Psquare) with big brother Jude ‘Engees’, are not resting on their oars just yet as they have started building another mansion in Park View Estate located in the highbrow Ikoyi area of Lagos State.

The construction of the mansion which appears to be a massive edifice if work on the foundation laying is anything to go by reportedly began last year while the pop duo was on their series of ‘Invasion’ concerts across the African continent.

A recent photo of Jude ‘Engees’ Okoye captioned ‘site seeing’ in which he Cc @peterpsquare, was posted on Jude’s Instagram page showing the brothers on site of their new project.

Meanwhile the twins will begin their 2013 African concert with a performance in Luanda, Angola on March 2.