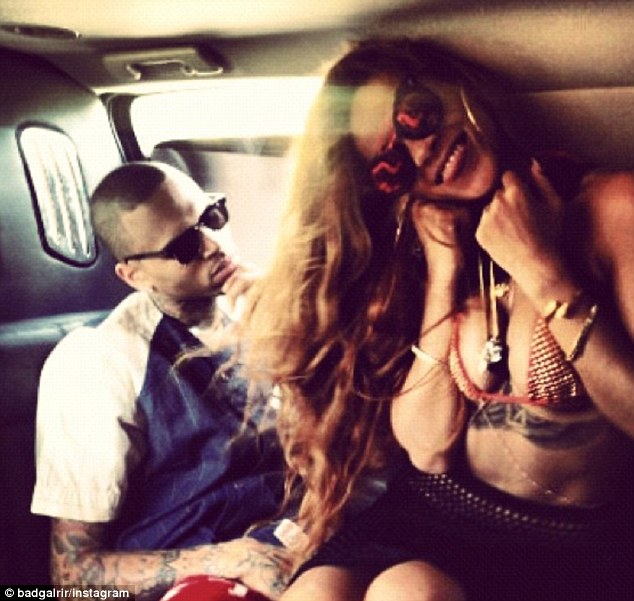 Chris Brown has spoken out about his infamous attack on girlfriend Rihanna, saying that it is the ‘greatest regret’ of his life.

Although the US singer described the assault as a ‘mistake’ he also admitted that the couple had moved on and the Diamonds singer has ‘forgiven’ him.

Speaking to The Mirror, the music world’s bad boy, who is desperately trying to re-vamp his image, claimed that he has had to work hard for Rihanna’s forgiveness.

‘That night was the deepest regret of my life, the biggest mistake,’ said the R&B star, having clearly come to terms with the wrong he did.

‘But she loves me – what can I say? I’m forgiven… but, yes, I worked hard for it,’ he added, suggesting that the couple had put the incident behind them even if other people hadn’t.

‘Sometimes you row, you fight, with the one you love and things get said, stuff spirals,’ he added.

Chris continues to face a public backlash against his actions, which left Rihanna bruised and battered after he attacked her during an argument back in 2009.

He was sentenced to a five-year probation and six months of community service by a court after admitting to the assault.

Due in part to the fact that the pair have reconciled, they’ve faced a fresh onslaught from domestic abuse campaigners and the general public.

Chris, who spent Monday at Elton John’s Oscar party without his other half, seemed unfazed by host Seth MacFarlane’s joke about him during the ceremony.

As he introduced Quentin Tarantino’s violent revenge western Django Unchained he described it as, ‘the story of a man fighting to get back his woman, who’s been subjected to unthinkable violence – or as Chris Brown and Rihanna call it, a date movie.’

The reference to Brown’s 2009 assault of Rihanna drew gasps from the audience in Hollywood’s Dolby Theatre.

Although Rihanna wasn’t at the Oscar party with her other half, the couple holidayed together in Hawaii last week to celebrate her 25th birthday.