Home Metro News ‘The Office Of The First Lady Is In The President’s Bedroom’ –...
Facebook
Twitter
WhatsApp 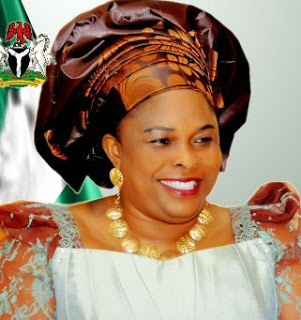 Senators on Thursday, rejected a proposal by the Federal Capital Territory Administration to spend N4 billion to build the First Ladies Mission office complex in Abuja in 2013.

The proposal is contained in the FCTA’s N253 billion budget for 2013, which came up for second reading in the Senate.

The African First Ladies Peace Mission, a non-governmental organisation, which is headed by First Lady Patience Jonathan who was re-elected as its president in July last year, is locked in a court battle with former first lady, Turai Yar’Adua over the ownership of an 18,000-square-meters land in the Central Area of Abuja, on which the AFLPM headquarters is to be built.

Senators who spoke during a debate on the budget described the proposal to spend such an amount as scandalous.

Deputy Senate Leader Abdul Ningi (PDP, Bauchi Central), who stressed the illegality of the First Lady’s office itself, said the proposal was ridiculous in a country in need of development projects.

Senator Babajide Omoworare (ACN, Osun East) in his arguement was even more vocal as he said it would be embarrassing for the Senate to approve the money as the office of the First Lady is not known to the 1999 Constitution.

Senator Babafemi Ojudu (ACN, Ekiti Central) said the Senate could incur the wrath of the public if it appropriates the money for the construction of the mission building.

“I’m worried that we can be voting N4 billion for the construction of the said first ladies mission building in a nation where millions of youths are roaming the streets without jobs, and infrastructure decaying. I hope this doesn’t get to the public, otherwise all of us in this chamber would be castigated,” he said.

“The office of the First Lady is in the president’s bedroom. The office is not known to law. Nigerians would be angrier with us if we appropriate the money. Already, on social media, Nigerians are cursing us, calling us thieves and all sorts of negative names. That shows the way our people feel about the leadership of this country.

“Recently, the Federal Government released only N1 billion each to some universities that are expected to train our youths who are the future leaders of this country, but now a whole sum of N4 billion is being proposed for the construction of the first ladies mission office which is of no developmental value to the nation. N4 billion? It appears we have lost sense of money” he lamented.