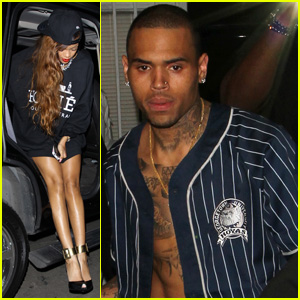 The silent Chris Brown has come out to talk about the ugly incident that occurred between he and Rihanna as well as other issues:

Tuesday morning, the R&B singer phoned into Ryan Seacrest to talk about his current projects and surprisingly admits to his character flaws, and being arrogant and hotheaded when the infamous fight went down.

Here’s what he told Seacrest:

“People are entitled to their opinions. I can’t go around blaming. It’s all about my responsibility and me growing up as a man.

“So I think now that I’m becoming older, and trying to mature in this life under the public eye at all times, I have to focus on doing the right thing and being more of a humble individual.”

“I just tried my best to be the best man I could be over the years and just show her how remorseful and sorry I was for the incident and that time was probably the worst part of my life and being that she has and she’s a wonderful person I’m eternally grateful and thankful,” Brown said.

He also chatted about his recent altercation with a valet attendant outside a charity event over a $10 fee in Los Angeles, saying:

“I actually gave the valet $100 before heading into the bowling alley. So when I came out, the argument started,…and I told myself I have to just shut up and be like, ‘Security go get the keys!’ I’ll be by the car.”

He then talked about being changed man:

“Being at that young age, I can tell you I was arrogant and definitely hotheaded. Everybody has a temper, but for me it was not knowing how to control it when I thought I had the world in my hands.”

Chris also spoke about his current relationship with Rihanna:

“It’s still like we’re kids. I try not to be too grown and be like, ‘Lets have candlelight dinner every night.’ I try to make sure everything is fun. It has to be fun and it has to be genuine.”