Home Entertainment Davido Opens Up On How Lady Sneaked Into His Room And Took...
Facebook
Twitter
WhatsApp 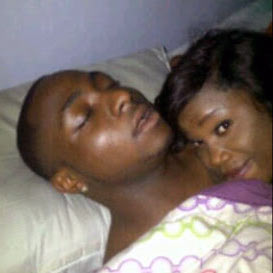 Omo Baba Olowo of recent has managed to keep off news headlines for the wrong reasons after been caught up in a series of photo scandals involving some groupies last year.

David ‘Davido’ Adeleke for the first time has opened up on the scandal when he appeared on  the TV programme “Rubbing Minds”with Ebuka Obi Uchendu.

Davido however denied knowing the second girl that was in the photo snuggled up close to him as he slept blaming the development on a security breach.

“I was asleep in bed. The girl just snuck in and (makes gesture of taking photograph) I don’t know her. I used to stay in an apartment back then and movement was kind of free. Maybe I didn’t lock the door and she just snuck in and took the pix. I have  however moved to my new home where there is much tighter security.

I didn’t realise what was going on even after the pix was posted online. I traveled to Ghana immediately afterwards and I noticed on the plane people were just staring at me and I wondered why. Since it was a flight my phone was switched off  and so I had no idea what was happening online. When I got to Ghana, I still got the same stare from people. I was asked by friends to switch on my phone and that was it. 300 calls from Dad, 600 calls from grandma, everyone one asking Davido what’s going on.”

Davido claims the girl in question later called his ‘people’ to apologise but then the damage had already been done even as he hopes such incidences never occur again.

The Gobe crooner also reveals he still has plans to finish his studies, face his music business and continue to be a role model to others.