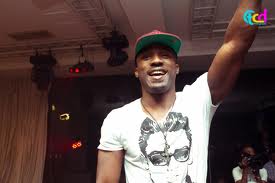 Some moments ago, there was a report that Iyanya and his hit-maker producer, D’Tunes had parted ways with the former’s music label. We can exclusively and authoritatively report that the story is far from the truth.

In a phone conversation with Iyanya’s manager on the issue some minutes ago, Franklin Ubi disclosed to us that D’Tunes was never officially signed under Iyanya’s record label, Made Men Music Group (MMMG).

Franklin told us that all what transpired between them was purely on ‘service and pay’ basis. He told us that they only contracted D’Tunes to produce music beats for Iyanya which he got paid for.

Franklin said even at the moment, D’Tunes is still part of the family. He then wondered why this split story is coming up at this moment. He asked if the split story was just a ploy by D’Tunes to sell his new record label and artiste.

He revealed that sometimes last year between October and November, D’Tunes was asked to officially sign for label but he declined claiming that his family wants to invest in his career.

“We told him (D’Tunes) to sign with us but he said his family wants to invest in his career,” Franklin said