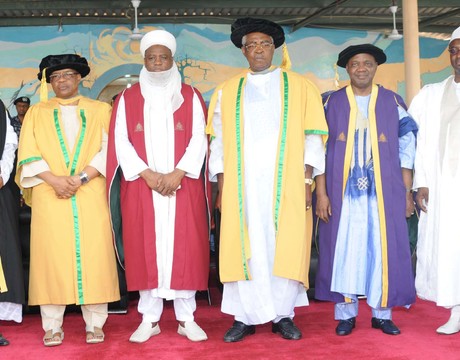 With an unbelievable donation of N2.2 billion, former Minister of Defence, General TY Danjuma broke his own philanthropic record of largest single donation by an individual.

Danjuma made the donation at the launch of the Ahmadu Bello University (ABU), Zaria’s N50bn Phase 11 Development project, where former Military President, Ibrahim Babangida, and the Sultan of Sokoto, Alhaji Muhammed Sa’ad Abubakar, also decried poverty and insecurity in the country, which, according to them, is being instigated by lack of access to education.

Danjuma, who was visibly irked by the inability of government to end the insurgency of the Boko Haram sect, stated that “given the challenges now facing the nation, this ceremony affords us an appropriate opportunity for reflection”, pointing out that “this is no time to doubt or to question what others have done or failed to do”.