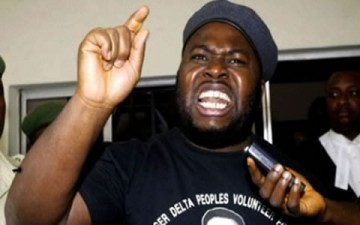 A Niger Delta activist, Alhaji Mujahid Asari-Dokubo, has condemned illegal oil bunkering, saying that it does not just degrade the environment but kills it.

Asari-Dokubo made the remark in an interview with newsmen in Buguma, Asari-Toru Local Government area of Rivers on Sunday.

Asari-Dokubo urged the perpetrators of such act to desist from it, saying that the people in the coastal communities were suffering from the polluted environment caused by such an act. He also called on government to do everything within its powers to stop illegal bunkering – including the use of military might.

“Go to the oil communities and see the devastation caused by the criminal act; the waters are polluted, the lands are destroyed.

“Illegal bunkering is criminal and must be stopped,” Asari-Dokubo said.

The former militant leader also criticised the amnesty by the Federal Government to Niger Delta militants, saying that amnesty was only applicable to convicted criminals and wondered why same was extended to the militants when they were neither tried or convicted by a court of law.

On the call for amnesty to the boko haram Islamic sect, Asari-Dokubo said since amnesty was given to the Niger Delta militants, it should also be extended to them. (NAN)