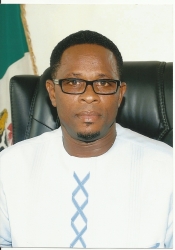 Embattled Imo state Deputy Governor, Sir Jude Agbaso has denied any wrong doing in a bribe-for-contract scandal even as the axe of the state House of Assembly dangles over his head.

Agbaso, while defending himself against the allegations, said his persecution was all a ploy by the state governor, Owelle Rochas Okorocha to remove him from office ahead of the 2015 gubernatorial race in the state.

“The truth is that I am a victim of power play between two powerful political figures” he started. “I heard that there was an agreement reached between my elder brother, Chief Martin Agbaso – that the governor should be in office for one tenure and give way for him to contest. It is possible the agreement is about to be breached and the best they want to make sure I am out of the office at all costs.”

In a parley with journalists, Agbaso also cleared the air on his rumoured resignation stating emphatically that he never resigned and as such still enjoys the paraphernalia of office. He also justified his reason to come clean in the face of his travails saying, “I feel it a duty to address formally the good people of Imo State who gave me their mandate a litle less than two years ago to be their deputy governor and set the records straight that all the allegations of wrong-doing against me that have been the issue for some time are completely false and unfounded. I have kept quiet all along but felt it is time to state my side of the story so that all that people hear about me would not be taken as true.

“I am not the governor and do not award contracts and there is no way bribe for contract award should be channeled to me.” Agbaso also said that even after the contractor, as he heard, was quizzed on the allegation that he denied any involvement with him or did give him money as inducement to win a contract.

“The facts are there to exonerate me of any charges being brought up now. If the House wants to impeach me, it should do it in a tidy way and not trump up vain claims and charges. I know that the House has possibly made up their mind to get me out of the way but the world should know that it is politics and I did no wrong or took any bribe.”