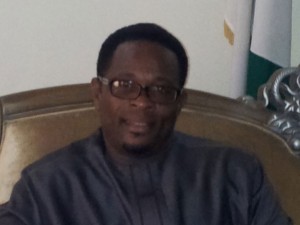 Imo State Deputy Governor Jude Agbaso has been removed by the state House of Assembly as the court failed to stop his impeachment process as prayed, and 26 out of 27 lawmakers voted in support.

The deputy governor was impeached for allegedly taking N458m bribe from a Lebanese firm, J-PROS, handling the rehabilitation of the Sam Mbakwe Road in Owerri, the state capital.

Agbaso’s impeachment came shortly after a seven-man panel headed by Justice G.C Ihekire, had concluded its hearing on the investigation of financial fraud.

The panel inaugurated on Tuesday had its first sitting on Thursday, the day the deputy governor was impeached.

26 out of the 27 lawmakers at the sitting voted in support of Agbaso’s impeachment, while one member voted in proxy and was disallowed by the Speaker, Benjamin Uwajumogu.

The motion for the impeachment of Agbaso was moved by Majority Leader, Ihuoma Eke, representing Ahiazu Mbaise, while the member representing Aboh Mbaise, Mrs.Pat Ekeji supported the motion.

The Speaker of the house read out a letter sent to the House for the appointment of the Chief of Staff, Mr. Eze Madurmere, as the new deputy governor, immediately after the impeachment of Agbaso.

The removed deputy had failed to stop the house from impeaching him when the case he instituted at the Owerri High Court was dismissed for lack of competence on the side of the court.

Agbaso also refused to appear before the seven-man panel set up by the state Assembly. Instead, he sent a protest letter condemning the composition and inauguration of its membership.

Meanwhile, Agbaso’s family said findings of the independent forensic experts it privately engaged had vindicated the businessman-turned politician of the N458m bribery allegation.

Head of the family and a chief of the All Progressive Grand Alliance in Imo State, Chief Martin Agbaso, addressed journalists in Lagos on Thursday.

Insisting that his younger brother was innocent, the APGA chief added that bribe-taking was “uncharacteristic of the Agbasos”.

The elder Agbaso said, “Being head of Agbaso family, my primary concern became to show to the world; to prove to the world that my brother is innocent and clear my good name.

“It is of primary importance to me to make sure that our family is duly cleared of all the accusations. So I quickly hired a team of forensic experts to please get into this matter.”

He said findings of the experts, who he engaged to clear the family name, faulted allegations that his brother was the owner of the two accounts into which the bribe was allegedly paid.

The contractor, J-Pros International Nigeria Ltd, through its Managing Director, Joseph Dina, had alleged that the deputy governor demanded N458m bribe which he claimed he eventually paid into two accounts supplied by the impeached deputy governor.

He said the money was initially paid into the accounts of bureau de change firms with Guaranty Trust Bank and United Bank of Africa.

According to him, the deputy governor or any member of Agbaso family has no link with the companies into which the alleged bribe was said to have been initially paid.

He added that the deputy governor’s call log obtained from MTN also showed that there was no voice or SMS conversation on the phone between with his brother as alleged by the contractor.

He also said the money was not only found to have ended in JPros’ accounts in Lebanon and Dubai, but that documents obtained from the Corporate Affairs Commission revealed that an aide of the state governor was found to have bought into the shares of the company in June 2012.

Agbaso said, “Now we traced the money the N458m bribe money that was said to have been given to my brother. The accounts are domiciled in Lebanon and Dubai and the owner of these accounts is no other person but JPros and Joseph Dina, the man who accused the Deputy Governor of receiving bribe. The money has been traced into his accounts in Lebanon and in Dubai.

“The company (JPros) is owned by four principal persons, the first owner is Joseph Dina, the second person is Aline Dina, the third person is Jean Samir Aoun and the firth person is Prince Macdonald Akano, who is the governor’s SA on Projects and the Chairman, Contract Implementation Task Force in Imo State.”