Home Metro News It Is Unfortunate That I Lost My Former Deputy, Okorocha Says At...
Facebook
Twitter
WhatsApp 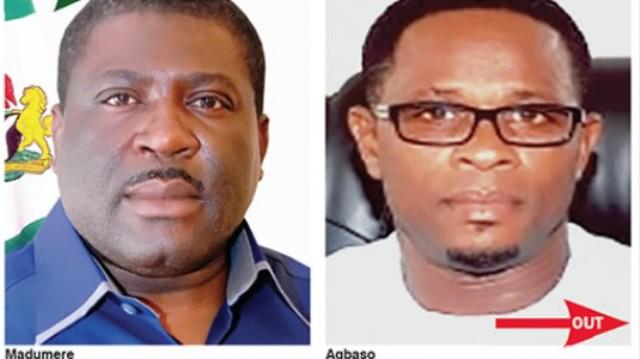 Addressing Prince Madumere, Governor Rochas Okorocha warned that “in this job, you must hate the idea of primitive accumulation wealth, as well as be guided that this job must end one day”.

Okorocha, who said that the swearing-in of Prince Madumere was ordained by God, however expressed regret that he lost his former deputy, Sir Jude Agbaso.

In his response, Prince Madumere said: “Circumstance have (sic) today made me the Deputy Governor. Governor Rochas okorocha has for long remained my mentor. My task as Deputy Governor is easy because I am an apostle of the rescue mission”.

He promised to continue being a humble servant, stressing that he cannot afford the luxury of disappointing the government and people of Imo State.