Home Metro News “Mama’s Time Will Come When It Will Come, There Is Nothing Anyone...
Facebook
Twitter
WhatsApp 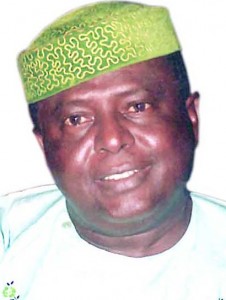 Following the death of Chief Oluwole Awolowo, some ‘short-sighted’ people have questioned why the mother of the Awolowo dynasty has lived so long to witness the death of three of her children, Mrs. Tokunbo Awolowo-Dosunmu, one of the surviving children of the matriarch of Awolowo family, Mrs. HID Awolowo, has asked those who might have been wishing their aged mother death to stop, saying, no one could fast track her death.

Awolowo-Dosunmu said this yesterday, while welcoming President Goodluck Jonathan to their family house in Ikenne on a condolence visit over the death of their late brother, Chief Oluwole Awolowo.

“I recall with gratitude that when our brother’s illness turned for the worse, the statement I was told, you (President ) made, I’ll never forget, was that you will do everything to make sure mama doesn’t grief again and unfortunately our prayers were not answered, but God knows best, Mrs Awolowo-Dosunmu said While disclosing the circumstances that led to the death of their brother.

“This is a terrible time for us in this family, our brother passed away exactly two weeks to the second anniversary of my sister and so, for mama, we can’t even imagine what will be going on in her heart, but we are people of faith and we believe we will never understand everything in this side of the divide.

“But a time will come, then, we will all be there and see God and He will tell us why he did this and then we will understand but my prayer as bad as this situation is, whatever that God is saying to us that we will hear, whatever lessons he wants us to learn, we will learn and that at the end of it all, some good will come out of this. 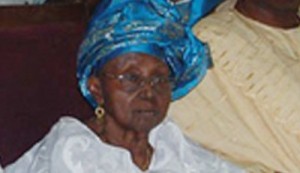 “As for mama, we pray for long life for her, her time will come when it will come, there is nothing anyone can do about that. We know for a while it will be tough on her because it is tough on us that are the deceased’s siblings”.

Joined by the President on his condolence visit to the Awolowo family were ex-governor of Ogun State, Otunba Gbenga Daniel, and ex-Chief of General Staff, General Oladipo Diya (rtd).