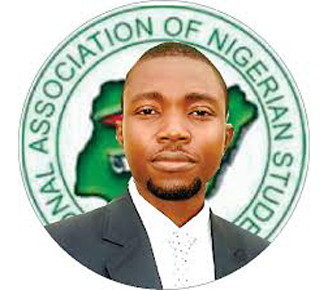 The latest indication by the Federal Government that pump price of Premium Motor Spirit (PMS) will be increased from the current price of N97, has earned it the fury of the National Association of Nigerian Students (NANS) who have threatened a showdown.

The association while admitting that President Goodluck Jonathan has the right to announce the removal of petrol subsidy, warned that the removal must not affect the pump price of petroleum.

Speaking on Friday to newsmen in Bida Local Government of Niger state after the matriculation of new students of the Federal Polytechnic, Bida, NANS National President, Comrade Yinka Gbadebo stated that the students’ body has no desire to fight the government but warned government not to force them to a fight.

According to Gbadebo, “President Goodluck Jonathan has every right to say he wants to remove subsidy on oil. Our major concern is that we are still buying petroleum at N97, the moment he makes a public declaration that he is increasing the pump price from N97 to another point, that is when we will act.

“It is when it affects the pump price of petroleum, that is when it will have a multiplier effect on the masses of this country. By the special grace of God, I’m not going to be a National President of NANS that will watch Nigeria masses suffer without taking adequate steps and actions that I’m suppose to take.

“We will not fight government but government should not force us to fight them. So, we are calling on the government to seek the general opinion of the Nigerian people before implementing any policy that will affect them because without the people, there cannot be any government.”

As for now, he said, NANS would watch and wait stressing that , “the moment the pump price is increased, we will act. But as for now, it has not been increased, so we are still watching.”