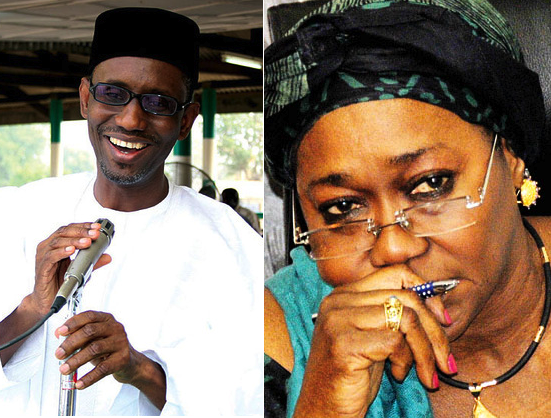 Pioneer Chairman of the Economic and Financial Crimes Commission (EFCC) Mallam Nuhu Ribadu has accused his immediate successor, Farida Waziri and former Delta State governor, James Ibori of bringing the anti-graft agency to its knees by destroying all the effort put in place in the fight against corruption.

Ribadu, who was speaking on Liberty Radio’s programme ‘guest of the week’ in Kaduna on Saturday said, “People like Farida Waziri, James Ibori and a couple of others who are still alive took over the EFCC and brought it to its knees because they literally destroyed the cases that were already in existence with the intention of wiping out the war against corruption.

“The intention was to reverse it and take us back to where we started and they did a lot of damage to the commission and the war against corruption, but as God will have it, the EFCC survived because today, it is still doing the work even though probably not like it did before, but somehow it has been given the chance to bounce back again,” he said.

On the pardon granted Chief Diepriye Alamieyeseigha and Mohammed Bulama by President Jonathan, Ribadu described it as a “tragic development”, saying the action is against Nigerians “because corruption is our biggest problem and any step taken against the direction of reversing it is a negative development in our own country”.

However, in her reaction, Farida Waziri described Ribadu as somebody ‘suffering from delusions of grandeur.’

“He is talking rubbish! Nigerians can differentiate between someone who left about 10 high profile cases and another who took over 50 high profile cases to court, I mean the record is there for anyone who cares to check”, Waziri said through her aide.

Highlighting her achievements while in office, Waziri said, “We arraigned former governor of Ogun State Otunba Gbenga Daniel; his Oyo counterpart Chief Adebayo Alao-Akala; Alhaji Akwe Doma of Nasarawa State and Danjuma Goje of Gombe State, among others. The single largest recovery of over N200 billion in assets and funds was gotten from a corrupt commercial bank executive, so how can anybody in his right mind say we brought EFCC to its knees”.