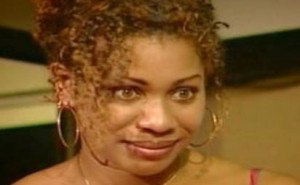 The  mother of three who relocated to the United States with her husband several years ago  took to her Facebook  page during the week to reminisce on her past accomplishments.

Regina who trained and now works as a nurse in the United States is looking forward to reopening her day care over there.

Writing on her facebook page, she expressed her fustration each time she tries to recount her story to some of her American friends who wouldn’t believe her.

“I told someone I was ” Most Beautiful Girl in Nigeria” more than 20 yrs ago and they said …Yes Regina, ….I showed photos of my VGC home and the small swimming pool I had up in the back for my 7 y/o ……they say you worked here ? I said no that’s was my home and that was my driver, my daughter’s nanny and the other young woman in the pic was the maid……., they say alright Regina……when c…onvo begins on my work on television back home….I get looks.”

The medical term for people who talk about seemingly fantastic stuff….is ” Delusions of Grandeur”. My story above is not typical for a majority of the African American females so I must be some kind of afflicted(speaking of which am I African American female or an African immigrant ….believe me the difference is like night and day….”

“When I talk excitedly about reopening my day care and all the other exciting opportunities I embrace ….I get comments like all this is so dizzying what is wrong with you….When I muse about getting that lifestyle back they say ” Good luck with that aRegina  relocated to the US several years ago, after she dumped her acting career to become a wife, mother and a registered nurse.