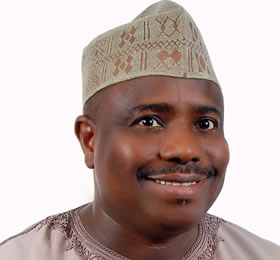 Tambuwal, who spoke on the Hausa Service of Radio France International monitored yesterday, said even though the government has the powers to grant pardon, the decision came at the wrong time.

“In my own opinion I am not in support of the decision taken by the presidency,” he was quoted as saying.

“However, as a government, they have the right to do so, but the question we need to ask here is, is this the right time to take such decision?”

It would be recalled that Alamieyeseigha and seven others were granted state pardon by the Council of State last Tuesday at a meeting in Abuja chaired by President Goodluck Jonathan which Tambuwal himself attended.

But the Speaker did not say in the RFI interview if he raised any objection during the council meeting. He however added that many members of the House have expressed displeasure with the state pardon granted Alamieyeseigha.